skip to main | skip to sidebar

Rick Ruben (founder of American Recordings and producer of all the content that resurrected Johnny Cash's career) wrote these beautiful words in the insert to American V: A Hundred Highways, Cash's first posthumous album.

We had a ritual to speak every day since just before June had passed.

One of the reasons for the ritual was actually Dr. Gene Scott, the outrageous televangelist who did a show explaining how he cured his own cancer by doing communion every day. His argument for how is worked was thought provoking. I told Johnny about it on the phone one afternoon, and the next time we were together in person we discussed it further. I had never taken communion before, so he had someone find his old communion kit. He hadn't used it in many years but he did that day and Johnny game me my first communion. We spoke about doing it every day, and that's when the ritual began. each day we would speak on the phone and Johnny would perform the communion rite. We would both visualize and internalize, eyes closed. It was performed as a meditation. A moment to connect deeply to spirit. Every call always ended the same way. 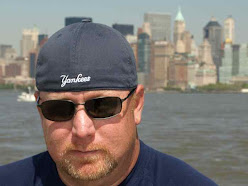 This is a Flickr badge showing public photos from jliot. Make your own badge here.